So… picture the scene. I’m talking with my wife late at night, almost asleep and very drowsy. Covers are over my head, pillows are squished down just right and my eyelids feel like sawdust got wedged in them from a very long, trying day. My wife is explaining to me why it’s O.K. for our daughter to go out with some friends the following evening. I’m nodding slowly to myself as she quickly gets to the point. It’s alright with you honey isn’t it?… pause, slightly uncomfortable silence.

Now I have a choice. Wake myself up and really interact with my wife over this seemingly innocuous request, or give her my vague attempt at a “ummhummnn” and allow myself to submerge into a coma and leave all the parenting drama to her. What to do… I’m not wanting to fight a battle over this, but deep down I’m uneasy. On the other hand… if she goes with some friends, it’s technically not dating.

Crap. I pushed the covers back away from my almost unconscious cranium and slowly roll a bit to sit up.

There, I said it. I had spoken up, I’m not going to be just another passive, pushover dad. By golly, I’m a man and in my home I’m the king. Nobody better mess with me or my daughters, I’ll knock his fool head off…

My wife, slowly looks at me and shakes her head back and forth as if to say… you wingnut, I know your just scared for your daughter growing up without you, but it’s time to start trusting her a little bit more now that she’s almost 17 and in her junior year of high school…. but she never says a word. She just says sweetly… O.K. I’ll let her know in the morning you said no.

I slowly re-arrange my six-foot four frame into our bed and gradually rediscover my comfy spot for some sleep. It’s slower to come this time. Thoughts pushing back my dream state a little longer. Was that the right response? Maybe I should trust her more… She IS after all almost a senior…it’s not that unreasonable….?

By dawn, it had become so clear to me. My daughter was a strong young woman, solid, balanced, full of wisdom and capable. I should trust her in this. She had earned it. So, I said cautiously… Honey, I’ve been thinking, I guess it would be ok for our daughter to join those other teens for some fun on friday night. But she’s got to be home by 11pm – no exceptions!  Wow, my wife can be so manipulative 🙂

My favorite quote for this blog post isn’t from the bible, but  from “My Big Fat Greek Wedding”…. “The man may be the head of the house, but the wife is the neck and she can turn him anywhere she wants” LOL.

So true. So much for the politics of parenting. The battle’s always over before it even begins, the wife wins in the end. But it’s cool to know that she would do the same for me, now just gotta figure a time when I can be right about something with our kids… ?

Humorous, but accurate. Dad’s often don’t get kids like mom’s do, but God knew that when He came up with the awesome parenting strategy of having two distinctly different parents… male and female. One to balance the other, and one to be RIGHT!

PEACE OUT fellow Families of Faith.

I had a great date this week with my daughter Bethany, we were doing a couple of easy walking lap’s at our local city park, just as the sun was setting… it was beautiful, 65 F and not a cloud in the sky. The air had the crisp hint of fall in it and the evening was just perfect for a nice walk with my daughter. I realized how beautiful she had become as a young woman of sixteen, how proud I was of her. How amazing she is and courageous to dare to just be herself in the midst of  the drama filled world of high school that I could only imagine at forty-two. She has battled as a teen to find her own happiness and I was so proud to see she was holding her own. 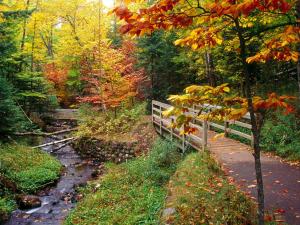 She was talking with me about some of her friendships and the observation of how many of her classmates were constantly miserable or anxious about their lives, appearance, relationships and futures. I assured her that trend doesn’t really change in adulthood, and that we all will from time to time struggle with those feelings for our entire lives… the key was learning to be happy in the midst of our imperfect lives.

I realized as we were walking and talking how true that statement was. Life and our happiness really are a result of our choice of perspectives and attitude. Many of us spend our days constantly criticising ourselves, our kids, our work, our government, the Church, other parents… you name it, we can dig a hole in it without a second thought. We fail to actually “choose” to see the good in our lives. We lock onto the “bad” things like a laser guided ballistic missile, determined to destroy our targets to gain the momentary internal satisfaction that maybe everyone elses lives are as miserable as our own.

Happiness is available for us all. Contentment, satisfaction with what we have and what who we are… in the now. Not the tomorrow. Learning to see the beauty of our lives, our families and our existence in the present tense is the key to enjoying our day. So many times we think of happiness as some distant horizon of our life… some place and time that we eventually will get to, if we just keep hoping. Sad, it’s just not true. We go through our days always looking for something better than we currently have. A  better house, car, clothes, spouse etc… we exist in a state of almost constant agitation, discontented in what we don’t have.

Life without the proper perspective can well become hell. We all know of those lives who are battling cancer or the loss of a loved one and in the midst of their pain, we see them conquering life with happiness and joy. IMPOSSIBLE, yet it’s right there in front of us. Their lives remind us all of the power of perspective and faith and choosing to see the “good” in every circumstance.

(I Timothy 6:6-12) 6Now there is great gain in godliness with contentment, 7for we brought nothing into the world, and we cannot take anything out of the world. 8But if we have food and clothing, with these we will be content. 9But those who desire to be rich fall into temptation, into a snare, into many senseless and harmful desires that plunge people into ruin and destruction. 10For the love of money is a root of all kinds of evils. It is through this craving that some have wandered away from the faith and pierced themselves with many pangs.11But as for you, O man of God, flee these things. Pursue righteousness, godliness, faith, love, steadfastness, gentleness. 12 Fight the good fight of the faith. Take hold of the eternal life to which you were called and about which you made the good confession in the presence of many witnesses”

Our happiness becomes a choice of our will. Are we going to believe, trust and accept that God is our source of all lasting joy and peace or are we going to exhaust ourselves in search for something more?  It’s almost impossible to gain the “Happy” perspective we need to enjoy our lives all alone and on our own. We really need to constantly “re-set” our vision by spending  time in the word of God and making it a point to hang out with our fellow believers in community. When we give into the constant temptation to choose to see only what we don’t have… we are opening ourselves and our families up to some serious relational turbulence.

Grace to you as you walk through this journey of life… what will you stop to see on the way? The amazing beauty around you, the evidences of God’s faithfulness, or the things you wish were different…. the Choice continues to be ours. Don’t mis-understand, I understand there will be tragic days, and overwhelming life circumstances…but in it all, God promises to be with us. Focus on that, and when you can’t see Him anymore… find a friend who can.